This indicator shows when bitcoins that have not moved onchain for many years, finally move again. The coins are moving from a wallet that they have stayed on for years, to another wallet. Another term that can be used for this is revived supply because after lying dormant, the coins are once again moving on the Bitcoin blockchain.

So for example the 7-9yr data is showing the number of coins that had not previously moved for between 7-9 years, now moving onchain on a particular day.

While we track all movements, on the chart above we only show movements of coins that are greater than 100 bitcoins to reduce the level of noise on the chart.

This bitcoin chart is called Whale Shadows because the term ‘Bitcoin whale’ refers to an individual who holds a large amount of Bitcoin. This chart allows us to see when whales who have held bitcoin in a wallet for a very long time, finally move their coins again. So we are able to see significant movements of coins from these very experienced players in the market.

Note: you can select the different age ranges by clicking the labels underneath the chart.

While not intended to be used as a price prediction or forecasting tool, it is interesting to note that we have historically seen large whale transactions occurring at major price highs. This is likely because these more experienced players in the space who have accumulated many bitcoins, have a greater understanding than the average participant as to when the market may be overheated. These whales are sometimes referred to as ‘smart money’.

For this reason, it can be very useful to track their activity over time and monitor when a large number of previously dormant coins move on a given day. That is why we like to call this the ‘whale shadows’ chart! 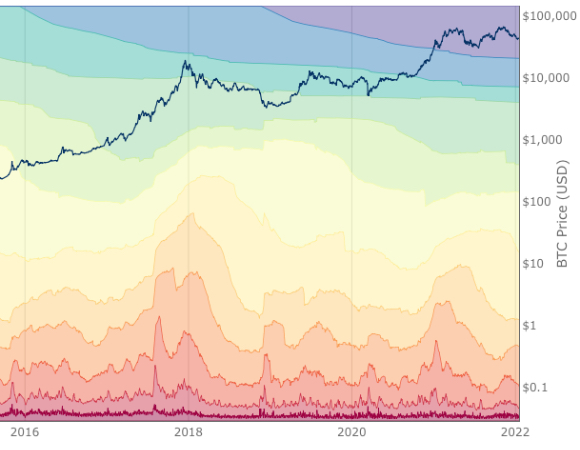 Percentage of bitcoins that have last moved on-chain within specific time frames. 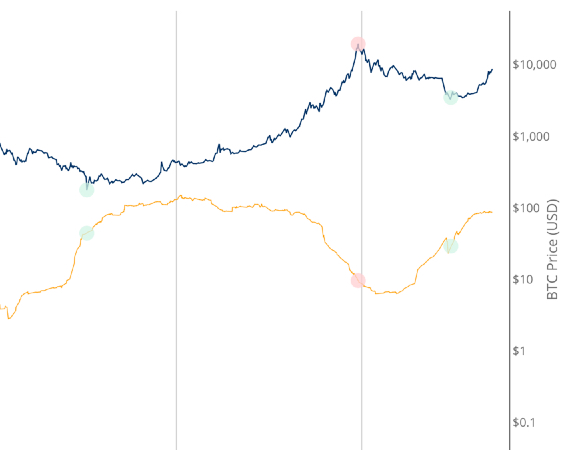 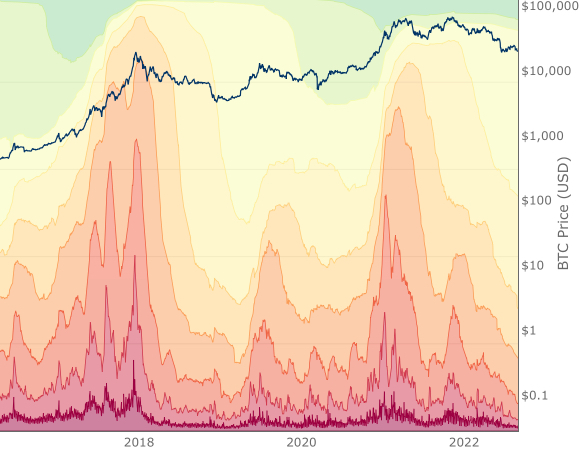 The cost basis of UTXO’s held within specific age bands.